Amplication enables development teams to focus their efforts on complex business logic and core functionality of their apps. Developers can then download the generated source code and start utilizing their skills to freely customize their project.

With the help of Prisma, Amplication is packaging a full stack of modern tools for professional developers and driving the evolution of application development with low-code and open-source.

Working at larger companies, Amplication founder, Yuval Hazzaz was regularly building business applications that required repetitive, error-prone tasks to get started. His teams needed a database, a user interface to interact with, and an API. These tasks were taking time away from innovating new app features. Yuval wanted to introduce a solution to improve developer experience and to create one platform that empowers professional developers to quickly create business applications and extend platform capabilities.

With Amplication, you can easily create data models and configure role-based access control with a simple and intuitive UI (or even via their CLI). Based on these model definitions, Amplication generates production-ready, yet fully customizable, application code. This code is continuously pushed to your GitHub repository, and you get a dedicated Docker container to house your database, a Node.js application, and a React client.

For fullstack developers, their repetitive coding tasks are taken care of, but they still retain complete ownership of the code to deploy where they wish and are free to download the generated app code and continue development elsewhere.

Developers get the foundation of what they need to seamlessly start an app, and reserve the ability to alter and add the code they need with no lock-in. Amplication's offering is truly the best of both worlds.

Amplication generates application code for you with the same building blocks they use themselves internally. The tools are all proven open-source and popular among the respective developer communities.

For the server side you get:

The Amplication team strongly believes in open-source technology and a user focused community, so they made sure this belief was at the center of the tools they bring their users.

When first beginning work on Amplication in 2020, Yuval Hazaz, CEO at Amplication, made an early bet on Prisma to not just be a tool used by himself and his engineers, but also a central cog in the stack managed by Amplication users. Among other ORM options, Yuval felt Prisma was meeting developer needs the best and was strongly convinced by the Prisma community. Yuval was impressed by the consistent work done by the Prisma team to bring new features to its users based on feedback directly from the community. Amplication places a strong importance on the open-source community’s ability to collaborate and make better developer experiences, a sentiment shared at Prisma.

“Prisma was a really good bet, and it helped us a lot when working on Amplication. It was an enabler for us because we actually use Prisma in the generated app, and it is really easy to use. We adopted Prisma conventions as our standard, and it saves lots of time having from reinventing things ourselves.” - Yuval 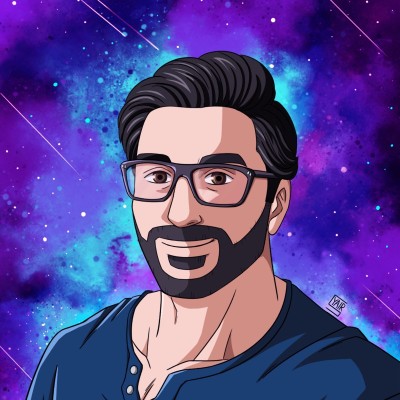 Aside from community, Prisma features also make life easier for the Amplication team. Prisma’s TypeScript experience was an important qualification for Amplication's data layer. Incorporating NestJS with GraphQL in the Amplication-generated app made Prisma an easy choice in the stack. The Prisma Client integrates smoothly into the modular architecture of NestJS giving an incredible level of type-safety.

Yuval also knew that Prisma’s migrations were going to be critical for Amplication even in its infancy as a feature.

“Supporting and building with TypeScript was really great for us. I also think migrations are amazing. Even though it was early and was not what it is now today, it was an important vision that we wanted to follow and made our decision even easier.”- Yuval

Yuval has seen Prisma Migrate improve since its first introduction, and it continues to deliver a quality developer experience. Prisma Migrate’s ability to automatically generate fully customizable database schema migrations from Prisma Schema changes keeps Amplication engineers and users focused on building out new app features rather than hassling with refactoring for entity changes and error-handling.

Professional application development products rely on the ability to choose the right tools for their users. Amplication has a trust in the Prisma community and belief that Prisma features are delivering the best experience for developers. This is why they include it among other great tools in their generated app.

Amplication is continuing to grow quickly and expected to double their team in the coming year. Already showing success with their current product, they are enthusiastic to continue working on an extensive roadmap full of interesting new features.

They just recently announced major seed funding of $6.6mio to continue working towards evolving professional low-code application development into the modern-day programming practice they think it can be.

Moreover, the team is working on an enterprise version of Amplication that will include support for micro-services architecture, deployment on Amplication cloud and broad range of features to support large-scale organization requirements.

To find out more about how Amplication can get your next great app started and how Prisma can increase your developer productivity and flexibility, check out the respective communities, Amplication Discord and Prisma Slack Community.

We also had the pleasure of speaking with Amplication on our What's New in Prisma Livstream. Check it out to hear more exciting insights from both our teams.

The Ultimate Guide to Testing with Prisma: Unit Testing

Unit testing involves testing individual, isolated units of code to ensure they work as expected. In this article, you will learn how to identify areas of your codebase that should be unit tested, how to write those tests, and how to handle tests against functions using Prisma Client.
Education

Query up to 1000x faster on any Prisma-supported database with our distributed cache and scalable connection pool for Serverless apps.
AnnouncementNew Release / Feature